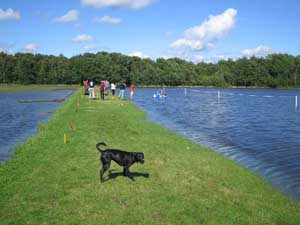 With the British summer having deteriorated to record rainfall levels in May and June, the prospects for another scorching Imperial Meeting were very slim. The doubting Thomas’s were not disappointed, but despite awful weather forecasts, five hardy souls from WPRC along with another 1100 equally determined shooters embarked on the road to seeking shooting glory or at very least the satisfaction of being able to say ‘I was there’.

Dick Hayden, our only representative in the Match Rifle events, shot all his competitions in the first week. The weather WAS awful but shooting continued with downpours on every day. It seems amazing to us lesser mortals, that these competitors with targets almost completely obscured at 1100 and 1200 yards can manage scores of 196.19v ex 200, the winning score in the Edge this year. Dick lasted until First Wednesday, when the supplies of dry underwear and his patience ran out. He decided that staying on till the last MR events on Friday was a call beyond duty and beat a welcome retreat home. 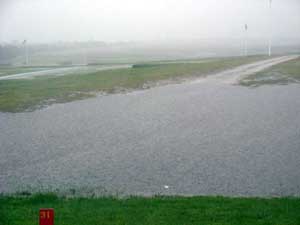 Maybe he was psychic or just fed up. Or he could be just playing mind games against everyone, making the sport like a simple game of bluffing in poker. However it proved to be a wise decision. The main force from WPRC were due to start their competitions on Friday morning, but following a torrential storm in the early hours which carried on most of the day, the ranges were nearly washed away for the second time in 13 months. Shooting was cancelled at 0930 when lightening strikes on Century were falling 100 yards in front of the Cadet International Match shooters. Both the Century and Hutton competitions were abandoned without a shot being fired.

The rain continued to fall, forming a large lake between the 100 and 300 yard firing points, deep enough to sail canoes later in the day. Alistair Bullen, Nick Verduyn, Colin Skellett, and Bob Jackson sought shelter and solace until the sun came out in the afternoon. The attached pictures show what effect the storm made on a normally dry and dusty Bisley in July. As a result, two butts were out of action for most of the meeting, and shooting was a lottery. Some were lucky and shot in high temperatures with amazing humidity, those unfortunates who got rained upon, really got a soaking. Thankfully as the final week progressed the weather improved and by Friday deep rutted campsites and endless muddy tracks were the only obvious signs of the deluge that had prevailed for most of the first ten days 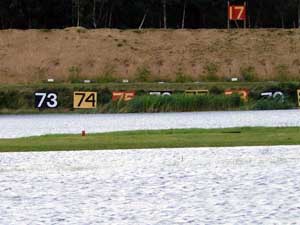 However the talk on camp was all about shooting successes and failures and as usual our group from WPRC had both to report. To be fair, there were very few absolute catastrophes and happily we can report some remarkable successes which may be hard to repeat in future years. The high points can be summarised as follows:

And finally the icing on his cake…………. 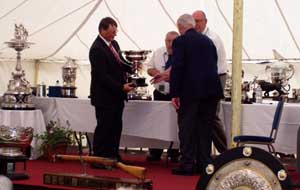 Alistair Bullen was a clear winner of The Corporation with a 50.9 at 1000 yards. Beating Queens Prize winners, European Games Gold medallists, all the current Palma team and 1062 other competitors. ‘The Corp’ is regarded as the premier single distance competition at The Meeting and has always been the turning point of everyone’s Grand Aggregate. A fabulous achievement by our Club Captain, made possible by considerable dedication and hard work. 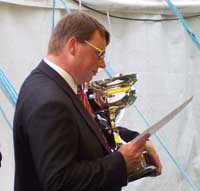 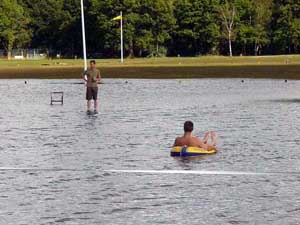 ‘If you’re not working what the Hell!!’