Our team of six all entered the individual competition in the morning and following a rather empty result in 2011 we were back in the prizes again this year.

Full results can be viewed on the following link:

Tradition dictated that the previous winner organises the shoot and 2011 belonged to WPRC, so it was with pleasure that we again provided the necessary services this year.

Teams of six, shooting 2&10 over 300 and 600 yards was the format and we were yet again blessed with a beautiful spring afternoon with light but tricky winds. All teams had turned out with a full compliment of six shooters, again a rare event, so we were able to compete on a more level basis which is much preferred.

Some excellent scoring was achieved and a solid team performance at 300 yards dropping only nine points underpinned a win by a margin of 12 over Watford. Top Gun of the afternoon to take the individual prize was Chris Fopp from OB’s as the only ‘clean man’ on the range with an impressive 100.7

Team results were as follows: 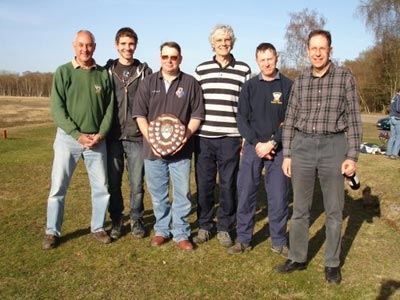