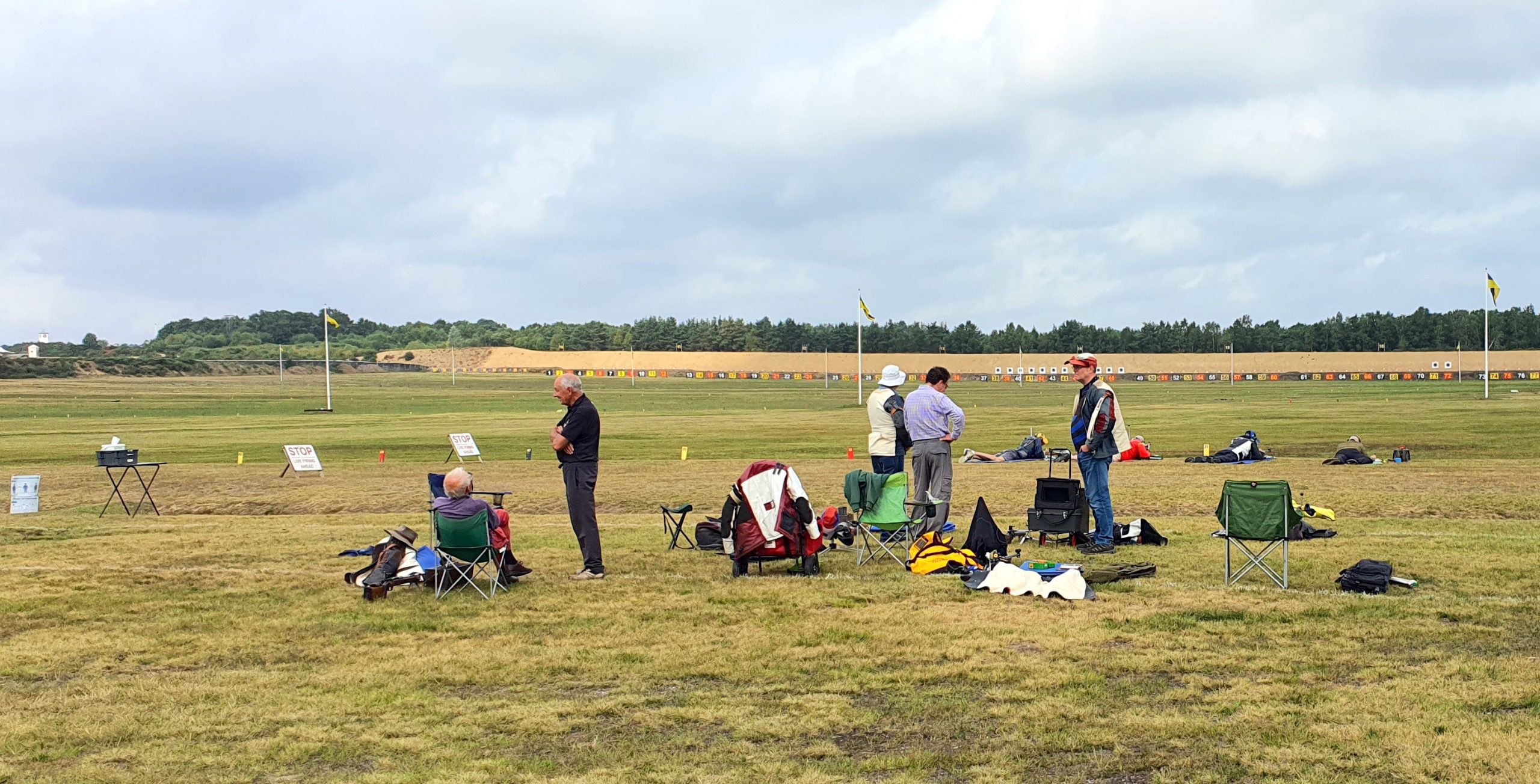 Whilst the early scheduled club shoots were cancelled due to the Covid lockdown, the club has managed to run several well attended shoots in both July and August, but only for full members, and following the NRA Covid guidelines on social distancing etc. Coaching 1 to 1 is not yet allowed (except between family members), and hence no Guest days have been possible.

The NRA have put a lot of effort into making sure that any shooting on the Bisley ranges is Covid compliant and regulated, and we have found these conditions still allow a very enjoyable club shooting experience.

The NRA measures have been introduced so that we can shoot safely within distancing requirements.

We can shoot with a maximum of TWO shooters on the Firing Point. Squadding is mainly in pairs, with timed details and if we are efficient, everyone should be able to shoot twice each session. Two shooters go down together, and two shooters vacate the Firing Point together to maintain distancing.

No on-the-point Instruction is allowed yet apart from family members living together, so most of us are on our own.

During shooting the remainder of the non-shooting group can assemble behind the FP observing 1m distancing at all times.

We will be issued with a dedicated radio which will have been pre-sanitised and enclosed in a ZipLok bag and must remain in the bag throughout. Sanitising gel is provided by the NRA.

Some club members are intending to enter the 151st Imperial meeting which is re-scheduled now for 11th – 19th September, but given the current conditions it is unlikely to have the same ambience as previous years.

WPRC is affiliated to the Hertfordshire Rifle Association, and for those who participate in the HRA competitions it is important to know that the Captains Day, Longmore, and Maggs events will still be run, but now concurrent with specific Imperial competitions. Further entry details can be found here.

We are intending to run the remaining club shoots this year as given on the calendar, subject to enough persons to make them viable. Some dates may be changed, but Shoot notices will be issued in advance as normal.